Pro HTML5 Accessibility is an exhaustive book. Author Joshue O Connor is senior accessibility consultant with National Council for the Blind of Ireland’s Centre for Inclusive Technology and a stalwart of many W3C working groups.

Don’t be afraid of the title. The book doesn’t assume that you’re a professional accessibility expert – quite the opposite; the first 100 pages don’t really deal with HTML5 at all, but survey the landscape of disability, assitive technologies and W3C WAI-ARIA. The last chapters of the book usefully survey testing methodologies and tools which will be invaluable to the lone developer told “oh, and it must be accessible/ DDA-/508-compliant, too”.

Joshue does an admirable job of explaining how to use HTML5/ARIA to make sites accessible, and gives a thorough overview of how current browsers communicate new widgets (date pickers, sliders, video controls etc) to assistive technology now, rather than in some glorious unspecified future.

He writes engagingly, too: “Remember that the <div> and <span> elements are semantically neutral elements. They have no meaning, poor things, and are merely empty hooks—ciphers for you to do with what you will. They cheer up to no end when you give them meaning. Existential crisis averted!”

I also appreciated Joshue’s pragmatism: “Good semantics are really important, but real-world accessibility is very nuanced—particularly for new content and element types. However, bear in mind that an unencoded ampersand (which will throw a validation error) never resulted in an inaccessible webpage.”

rather than simply use a <button> element which by default has a role of button and is focussable. But it doesn’t much matter; it gets the job done.

There are some errors which the technical editor should have picked up. Chapter 3 says “JavaScript has some event handlers that can be activated only by using the mouse, such as onClick”, which isn’t strictly true. The same chapter also says “IE 9 doesn’t support the <video> element”, which is just wrong: it does. A cursory code-test would have shown that chapter 5’s example <img scr="myserver/usful_andgroovy_image.png"> won’t work, as there is no scr attribute (it’s obviously a typo for src).

The most significant failing of the book isn’t the author’s fault: it’s the lack of love for presentation that I’ve found endemic in all Apress books lately. For example, the tables in chapter 5 could easily have been formatted for a more attractive presentation, but they look exactly as a basic Word document. Similarly, the multi-page bulleted lists could easily have been a single, multi-column page.

It looks as if Apress just doesn’t care about quality, which is incomprehensible from a publisher. In a publishing environment where ebooks have advantages such as portability, searchability, updateability in case of errors, dead-tree publishers need to work hard to ensure their products remain competitive. They need to play to the traditional strengths of print: beautiful layouts, colours, good design and high-quality paper. We see these in books from Five Simple Steps, Smashing Magazine and A Book Apart. I’ve only seen a PDF of this book, but a previous physical Apress book I own has a paper quality redolent of 1970s East German toilet paper. Certainly Apress has expended no effort at all to lay out the pages for a pleasant read.

That rant aside, the content of this book will be invaluable to a developer new to the world of accessibility, trying to use modern web standards.

This article was written by Bruce Lawson. Bruce evangelises Open Web Standards for Opera (but opinions here are his own). Previously, he was technical lead for the Solicitors Regulation Authority site. He is co-author of Introducing HTML5. He blogs at brucelawson.co.uk and tweets at @brucel. 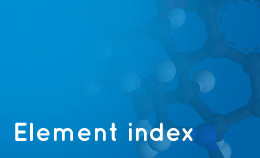 Submit your site to the Gallery 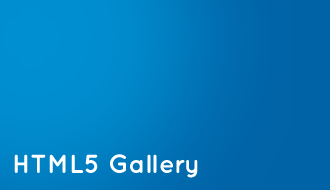 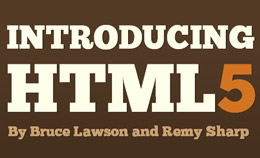